Music has always been an important part of Rose Bollerman’s life. Growing up, both of Bollerman’s parents sang and played instruments. She followed in their footsteps — taking up singing as part of a church choir and learning to play the viola. Now, a dual major in mechanical and aerospace engineering at Rensselaer Polytechnic Institute, she continues to pursue music for stress management.

When first visiting Rensselaer, she knew she had found the place where she belonged. “As soon as we pulled up, I was certain this was where I was going to go,” she said. “It felt like this was where I was supposed to be.” After touring the Curtis R. Priem Experimental Media and Performing Arts Center (EMPAC) and hearing about the music opportunities at Rensselaer, a good gut feeling turned into a confident decision.

As a student, Bollerman ’23 quickly became involved with the Rensselaer Orchestra and Concert Choir. Being involved in the music community at Rensselaer led to many opportunities, including performing with Josh Groban at the 2019 Coast to Coast East: Rensselaer Scholarship Dinner. “He has been such an inspiration to me, and it was very cool to be on stage singing with him,” she said.

This Sunday, December 11, she will perform in the President’s Holiday Concert, “Many Voices, One Song,” at 3 p.m. in the EMPAC Concert Hall. In addition to performing with the Rensselaer Orchestra and Concert Choir, a composition that has been arranged by Bollerman will be performed by the Orchestra.

Aside from using music personally to relieve stress, she has also leaned into music as an engineer. “My understanding of music has definitely shaped how I look at engineering problems,” she said. “Like a symphony, every engineering problem has many different parts that all need to act together to work properly — if one thing is off, everything can fall apart.”

After graduating from Rensselaer in May 2023, she hopes to build robots that go to space for exploration. “Maybe, if I’m lucky, I’ll go up with them one day.” 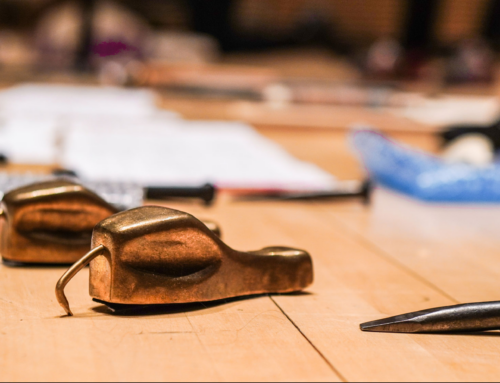 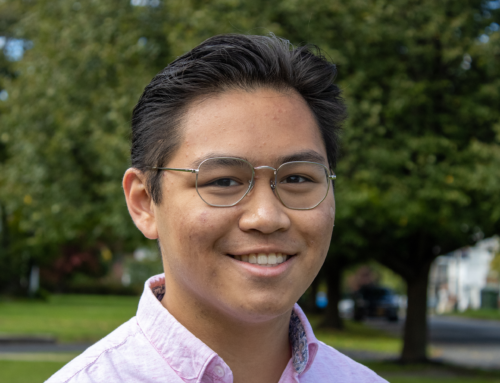